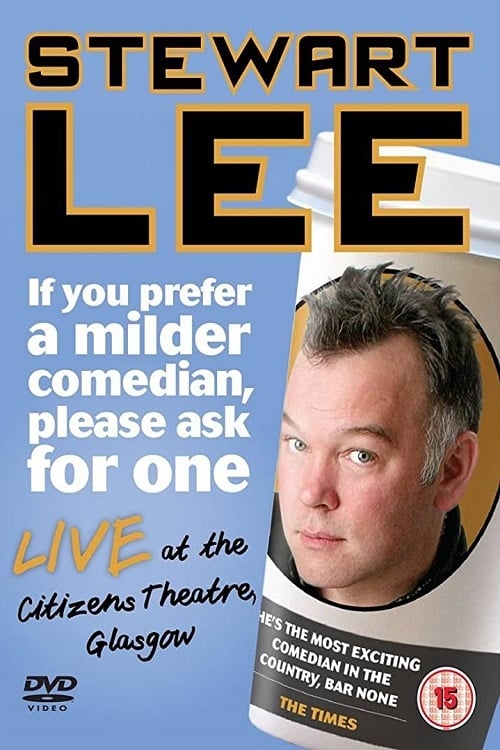 Stewart Lee: If You Prefer a Milder Comedian, Please Ask for One (2010)

TV's Frankie Boyle has declared that no-one over 40 should do stand-up, as the old comedians lose their edge and their anger. Stewart Lee is 42 and Frankie's heartless Scottish words have made him wonder if it's worth carrying on. Undaunted, the furiously baffled comedian tries to win round the legendarily harsh Glasgow audience with a crowd-pleasing Mcintyre-style routine about coffee shops, but is distracted by scores of imaginary pirates; he tries to talk about every day middle aged men's concerns, but is drawn into a forty minute rant against Top Gear and all it stands for; he attempts to find some common ground with happy childhood memories that he and the audience can share, but is instead consumed with loathing and despair as a result of a Magners' Cider advertising campaign.