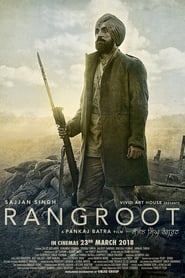 The film SAJJAN SINGH RANGROOT is based on true story about the Sikh Regiment, serving in the British Indian Army, during World War I. The movie depicts one such war hero Sajjan Singh, who is an officer in the British Army and served on the western front during the WW1 against Germany.